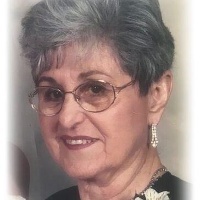 Mrs. Delia Mae Holland, age 91 of Camden, TN passed away peacefully at home on Monday, June 17, 2019 surrounded by family and friends.  Mrs. Holland was born in Athens, AL to the late Fred Pitts and Alda Maddox Pitts. She was also preceded in death by her husbands, Dallas King, Thomas Holland; a son Tony King; brother Eugene Pitts; sisters, Doris Slusny and Retha Mae Aquilino. She was a homemaker and a member of Sandy Point Baptist Church.

Funeral Services will be held on Thursday, June 20, 2019 at 11 am at the Oakdale Funeral Home Chapel with Bro. Mike Melton officiating. Burial will follow in the Palestine Cemetery in Holladay, TN.

To order memorial trees or send flowers to the family in memory of Delia Mae Holland, please visit our flower store.