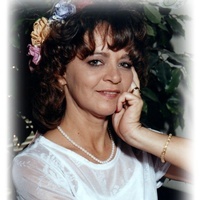 Mrs. Debbie Lou Peach, age 63 of Camden, TN passed away on Tuesday, April 9, 2019 at her residence. Mrs. Peach was born on March 31, 1956 in Lexington, TN to the late Roby Autry and Mattie Lou Borchert Autry. She was also preceded in death by three sisters, Reta Norris, Robbie Sue Rhodes and Denise Love.  Mrs. Peach was a retired Engineer with the Tennessee Department of Transportation.

Funeral Services will be held on Sunday, April 14, 2019 at 2 pm at the Oakdale Funeral Home Chapel with Bro. Michael Hilliard officiating. Burial will follow in the Camden City Cemetery.

To order memorial trees or send flowers to the family in memory of Debbie Lou Peach, please visit our flower store.