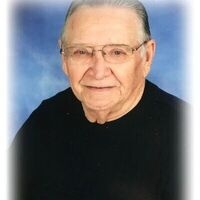 Mr. David Norris Smith was born on September 17, 1937 and went home to be with his savior, Jesus, on August 31, 2020. He passed away in his home surrounded in love by his wife of 63 years and his granddaughter. He was an avid outdoorsman, a loyal friend, 50 year member of the Masonic Lodge #179, retiree from TVA and Boilermakers Union 455 and a dedicated attendee to Missionary Grove Baptist Church.

Funeral services will be held on Saturday, September 5, 2020 at 2 pm at Missionary Grove Baptist Church with Bro. Matthew Greer officiating. Burial will follow in the Camden City Cemetery.

Visitation with the Smith family will be on Saturday, September 5, 2020 from 11:00-2:00 pm at Missionary Grove Baptist Church.

In lieu of flowers Mr. Smith’s wishes were for donations to be made to the Missionary Grove Baptist Church Building Fund.

“Good people pass away; the Godly often die before their time. But no one seems to care or wonder why. No one seems to understand that God is protecting them from the evil to come. For those who follow Godly paths will rest in peace when they die.” Isaiah 57:1-2 NLT

To order memorial trees or send flowers to the family in memory of David Norris Smith, please visit our flower store.