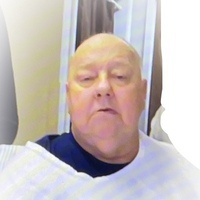 David Michael Love, 66, of Camden, TN passed away on June 7, 2022 at Camden General Hospital. Mr. Love was born on April 24, 1956 in Benton County, TN to the late Fernie Love and Agnes Clayton Love. He was also preceded in death by a brother James Love. He was retired from Camden Castings. Mr. Love was a loving husband, father and grandfather.

Family will have private memorial service at a later date.

To order memorial trees or send flowers to the family in memory of David Michael Love, please visit our flower store.