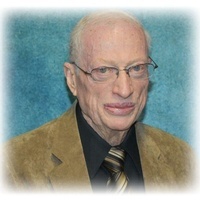 Mr. William Darel Smothers, age 82 of Camden, TN passed away on Wednesday, February 27, 2019 at his residence. Mr. Smothers was born on December 16, 1936 in Benton County to the late Millard Smothers and Geraldine Kee. He was also preceded in death by his wife Nannie Elizabeth Hancock Smothers and brother in law Brown Herrin.  Mr. Smothers was a retired business co-owner of S & W Pallet. Mr. Smothers had the idea in 1973 to start a pallet company in Camden which grew into S & W Pallet Co. They employed as many as 88 people at one time. Previously he also worked at Hardy Sand Company for 18 years as a Lab tech.   He was an active member of the Crossroads Missionary Baptist Church and former Secretary & Sunday School Teacher. He loved to travel, hunt quail and do woodworking. He has many friends from around the country from traveling to gun shows and being an avid gun collector. Mr. Smothers was also a U.S. Army Veteran and a member of the Camden Masonic lodge 179.

Funeral Services will be held on Saturday, March 2, 2019 at 11 am at the Crossroads Missionary Baptist Church with Bro. Randy Thompson and Bro. Arzell Douglas officiating. Burial will follow in the Crossroads Cemetery.

To order memorial trees or send flowers to the family in memory of Darel Smothers, please visit our flower store.