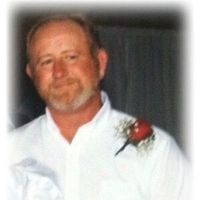 Mr. Danny Coy Weatherly, age 70 of Camden, TN passed away on Wednesday, January 29, 2020 at Jackson General Hospital. Mr. Weatherly was born on October 10, 1949 in Benton County to the late Lynn A. Weatherly and Christine Johnson Weatherly. He was also preceded in death by a sister Betty Tyner. Mr. Weatherly was a retired truck driver and member of Westside General Baptist Church.

Graveside services will be held on Friday, January 31, 2020 at 11 am at the Pleasant Hill Baptist Cemetery in Camden, TN with Bro. Mike Melton officiating.

To order memorial trees or send flowers to the family in memory of Danny Coy Weatherly, please visit our flower store.