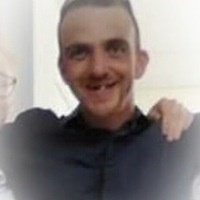 Funeral Service will be Saturday, April 10, 2021 at 1:00 PM at the First United Methodist Church with Bro. Earl Dickerson officiating. Burial will follow at Crossroads Cemetery.

In Lieu of flowers Donations may be made to Danny Kapp Memorial Fund at CB & S in Parsons, TN

At the request of the family, masks and social distancing are encouraged

To order memorial trees or send flowers to the family in memory of Daniel Ray Kapp, please visit our flower store.