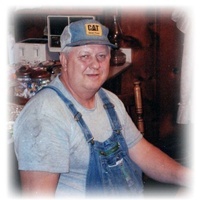 Clarence Roger McCleese, age 73 of Camden, TN passed away on Sunday, February 17, 2019 at Westwood Health Care & Rehabilitation Center in Decaturville, TN. Roger was born on February 26, 1945 in Lewis County, KY to the late Rev. Jesse Clarence McCleese and Flora Dean Sparks McCleese Henry. He was also preceded in death by his wife Carolyn Jean McCleese and a brother in law, Buford Campbell. He spent his life working as a supervisor at General Motors and a long time truck driver where all knew him as “Ridgerunner.”

Funeral Services will be held on Thursday, February 21, 2019 at 1 pm at the Oakdale Funeral Home Chapel with Pastor Jack McCleese and Bro. Don Franks officiating.  Burial will follow in the Crossroads Cemetery.

In Lieu of flowers donations may be made to Melinda Wade.

To order memorial trees or send flowers to the family in memory of Roger McCleese, please visit our flower store.