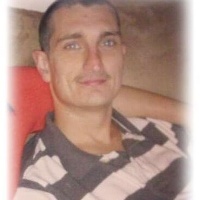 Mr. Christopher Shawn Compton, age 34 of Murfreesboro, TN. passed away on Wednesday, June 19, 2019. Mr. Compton was born on June 6, 1985 in Springfield, TN. He was preceded in death by his grandparents, Waymon Gainous, Geneva Maye Morgan and Jim Morgan. Christopher was a Cook with Huddle House.

To order memorial trees or send flowers to the family in memory of Christopher Shawn Compton, please visit our flower store.