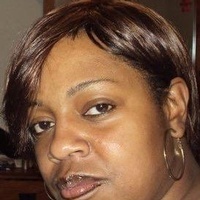 Ms. Charlotte Evette Boyd, age 42 of Camden, TN passed away on February 20, 2019 at Camden General Hospital. Ms. Boyd was born on January 3, 1977 in Henry County, TN. She was preceded in death by her father, David Boyd. Ms. Boyd attended the Church of The True & Living God in Camden, TN.

Funeral services will be held on Sunday, February 24, 2019 at 2 pm at the Oakdale Funeral Home Chapel with Bro. Larry Jamison officiating. Burial will follow in the Cavalry Cemetery.

To order memorial trees or send flowers to the family in memory of Charlotte Evette Boyd, please visit our flower store.