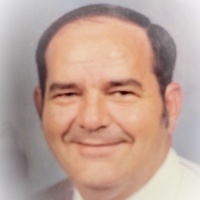 Charlie Elsworth Brewer passed away on July 7, 2021 at Jackson Madison Co. General Hospital after a two year battle with Lung Cancer. He was born May 1, 1939 to Rev. E. P. & Odell Brewer. He was raised in the Dogwood area of Darden, TN. He was 82 years, 2 months & 6 days old. He was one of eleven children.

He met the love of his life while residing in Memphis, TN., Shirley Thresher. They dated for 2 & half months before getting married on August 29, 1959. They were married for 61 years & 11 months. They had four children from this union. Eddie Brewer (Tammy), Ann Brewer, David Brewer (Debbie) & Mark Brewer (Leia). He was also survived  by 16 grandchildren & 17 great grandchildren

He was preceded in death by his parents, E. P. & Odell Brewer, 2 sisters & 2 brothers. He has 4 living brothers & 2 living sisters, with many nieces & nephews.

Mr. Brewer, Shirley & their children reside in Parsons, TN. He was a retired salesman & Minister of the gospel with the Southern Baptist Association.

Funeral Service will be Saturday, July 10, 2021 at 11:00 AM at Oakdale Funeral Home with Bro. Mark Brewer and Bro. Bobby Keen officiating. Burial will follow in Mt. Ararat Cemetery.

To order memorial trees or send flowers to the family in memory of Charlie Elsworth Brewer, please visit our flower store.