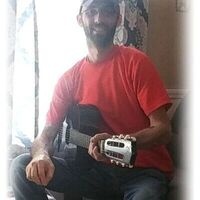 Mr. Chadwick “Chad” Junior Story, age 34 of Camden, TN passed away on April 15, 2020 at Camden General Hospital. Chad was born on January 29, 1986 in Memphis, TN and spent his childhood in Tipton County, TN. He spent his teenage years and early adult life in Hardeman County, TN. He then moved to Camden in 2012 where he continued to reside until his passing. Chad was one of the best people you could ever meet. He was a very loyal and devoted man whose family meant everything to him. Chad was a loving son, father, life companion, brother, uncle and grandson. He will always be missed and will never be forgotten.

He is preceded in death by his maternal grandfather Clyde Crook and paternal grandparents Johnny and Macscal Story.

A Celebration of life will be held at a later date.

To order memorial trees or send flowers to the family in memory of Chad Junior Story, please visit our flower store.