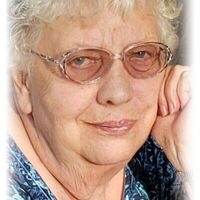 Carolyn Faye “Toot” Nelligan, age 79 of Holladay, Tn passed away Sunday, October 11, 2020 peacefully at her home.  She was born June 20, 1941 in Graham Township of Morrisdale, PA to the late George and Mildred Taylor.

Carolyn Faye “Toot” Nelligan will be greatly missed by her family and friends.

To order memorial trees or send flowers to the family in memory of Carolyn Faye Nelligan, please visit our flower store.