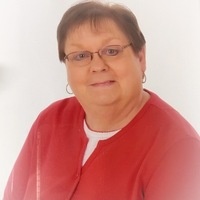 Carolyn Faye Duke, 75, of Camden, TN passed away on Tuesday, February 1, 2022 at Life Care Center in Bruceton, TN. Mrs. Duke was born on January 23, 1947 in Camden, TN to the late Lee Roy Coleman and Lizzie Mae Morton Coleman. She was also preceded in death by a son Jason Brent Duke; sisters Doretha Bougher and Mollie Hicks. She was a retired seamstress with H.I.S. and member of Missionary Grove Baptist Church.

Funeral services will be held on Friday, February 4, 2022 at 2 pm at Oakdale Funeral Home with Bro. Matthew Greer officiating. Burial will follow in the Morris Chapel Cemetery.

To order memorial trees or send flowers to the family in memory of Carolyn Faye Duke, please visit our flower store.