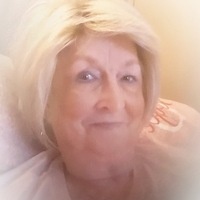 Carolyn Joyce Douglas, 75, of Camden, TN passed away on Sunday, August 7, 2022 at her residence. Mrs. Douglas was born on December 5, 1946 in McKenzie, TN to the late Clarence R. Britton and Edith G. Molter Britton. She was preceded in death by her husband James Larry Douglas and son James Larry Douglas Jr. Mrs. Douglas was a retired Jailer with the Benton County Sheriff Department.

To order memorial trees or send flowers to the family in memory of Carolyn Joyce Douglas, please visit our flower store.