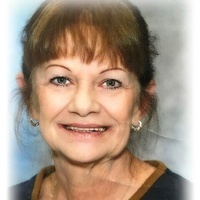 Mrs. Edna Carol Smith, age 72 of Camden, TN passed away on Tuesday, April 9, 2019 at her residence. Mrs. Smith was born on June 21, 1946 in Camden, TN to the late Quinten Haskins and Gladys Hicks Haskins. She was also preceded in death by a son Terry Haynes; brothers Bo Haskins, Scotty Haskins and sister, Shelby Malin. She was a retired CNA with Camden Healthcare & Rehabilitation.

Funeral Services will be held on Friday, April 12, 2019 at 2 pm at the Oakdale Funeral Home Chapel with Bro. David Sauer officiating.

To order memorial trees or send flowers to the family in memory of Carol Smith, please visit our flower store.