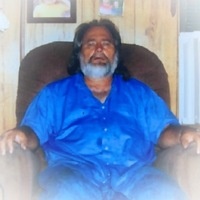 Mr. Carl Rogers age, 70, of Holladay, TN passed away on Monday, September 6, 2021 at his residence. Mr. Rogers was born on February 2, 1951 in Pikeville, KY to the late Emzy Rogers and Dorothy Ray Rogers. He was a commercial truck driver for 48 years.

Graveside Services will be held on Saturday, September 11, 2021 at 1 PM at Wesson Chapel Cemetery with Bro. Garland Broadway officiating.

In lieu of flowers the family request donations to be made to Oakdale Funeral Home, 401 Hwy 641 N., Camden, TN. 38320 for funeral expenses.

To order memorial trees or send flowers to the family in memory of Carl Rogers, please visit our flower store.