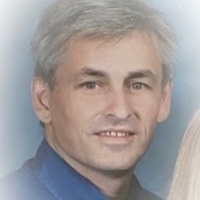 Brent Thomas Douglas, 56, of Southaven, MS passed away on Friday, October 1, 2021 at Cleveland Clinic in Cleveland, OH. Mr. Douglas was born on August 17, 1965 in Camden, TN. He was President of Shadow Enterprises, a member of Desoto Hills Baptist Church in Southaven, MS and a U.S. Air Force Veteran.

Funeral services will be on Friday, October 8, 2021 at 1 PM at Oakdale Funeral Home with Bro. Don Markham officiating. Burial will follow in Shiloh Cemetery in Camden.

To order memorial trees or send flowers to the family in memory of Brent Thomas Douglas, please visit our flower store.