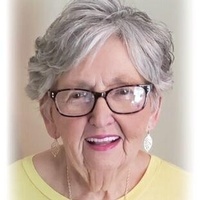 Brenda Dean Johnson, age 78 of Camden, TN passed away on Thursday, December 13, 2018 at Three Rivers Hospital in Waverly, TN. Mrs. Johnson was born on January 23, 1940 in Carroll County to the late Herman Butler and Lila Mae Norden. She was also preceded in death by her husband, William Pete Johnson and a brother, Jerald Ray Butler.  Mrs. Johnson was a retired Business owner and Baptist in faith.

Funeral Services will be held on Monday, December 17, 2018 at 11 AM at the Oakdale Funeral Home Chapel with Sis. Audrey Oatsvall officiating. Burial will follow in the Cowell’s Chapel Cemetery.

To order memorial trees or send flowers to the family in memory of Brenda Dean Johnson, please visit our flower store.