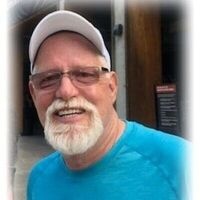 Mr. Bradley James Schmal, age 58 of Springville, TN passed away peacefully on June 20, 2020 at his residence. Mr. Schmal was born on February 24, 1962 in Hammond, IN to the late Daniel James Schmal and Barbara June Schmal. He was a U.S. Navy Veteran.

To order memorial trees or send flowers to the family in memory of Bradley James Schmal, please visit our flower store.