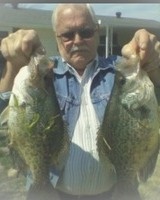 Bob Gene Morris, 78, passed away on Tuesday, March 22, 2022 at Jackson Madison County General Hospital. Mr. Morris was born on October 29, 1943 in Fulton County Kentucky to the late Eddie Morris and DeLydia Blalock Morris. He was also preceded in death by his wife Rose Morris. Mr. Morris was retired as a Construction Foreman with the Obion County Sheriff Department and a U.S. Marine Veteran.

To order memorial trees or send flowers to the family in memory of Bob Gene Morris, please visit our flower store.