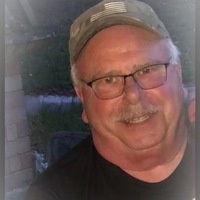 Mr. Robert “Bob” Owen Gilliam, 70, of Camden, TN passed away on Friday, July 23, 2021 at his residence. Mr. Gilliam was born on September 26, 1950 in Pasadena, TX to the late Thomas Gilliam and Vera Sanders Gilliam. He was also preceded in death by a brother, Jessie Gilliam and son-in-law, Collin Urenda. Mr. Gilliam was a General Manager with Burger King, a Veteran of the U.S. Army and attended Missionary Grove Baptist Church.

Funeral Services will be held on Monday, July 26, 2021 at 2 pm at Oakdale Funeral Home Chapel with Bro. Matthew Greer officiating.

To order memorial trees or send flowers to the family in memory of Bob Owen Gilliam, please visit our flower store.