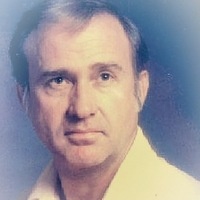 Mr. Billy Charles Lancaster, 83, of Camden, TN passed away on Monday, November 8, 2021 at his residence. Mr. Lancaster was born on October 29, 1938 in Parsons, TN. to the late William T. Lancaster and Clara Duck Lancaster. He was also preceded in death by his 2nd wife, Wanda Lancaster, 3rd wife, Kay Celene Lancaster and brother, Roger Lancaster. Mr. Lancaster was retired as Chief Master at Arms from the U.S. Navy. He also worked in Civil Service at Fort Campbell, KY. He was a member of First Baptist Church in Camden and was an avid golfer.

Visitation with the Lancaster family will be held on Thursday, November 11, 2021 from 5:00-6:00 pm at Oakdale Funeral Home

Memorial services will be held on Thursday, November 11, 2021 at 6 pm at Oakdale Funeral Home with Bro. David Boyd officiating.

In lieu of flowers please make donations to the Benton County Animal Shelter in Camden, TN.

To order memorial trees or send flowers to the family in memory of Billy Charles Lancaster, please visit our flower store.