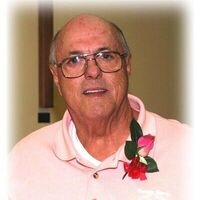 Mr. Billy Joe Higginbotham, SR, age 76 of Parsons, TN passed away peacefully Saturday, December 5, 2020 at his residence. He was born October 2, 1944 in Shuqualak, MS to the late T. W. Higginbotham and Bertha Bateman Higginbotham and was one of several siblings. He is preceded in death by sisters, Dorothy Week, Shirley Higginbotham, two brothers, Jimmy Higginbotham, Danny Higginbotham. He is survived by Wayne, Keith, Ronnie, Sandra Higginbotham. After Graduation, He joined the Army in 1964 and spent time in Germany before heading to Vietnam. He was discharged in 1967 with a Bronze star.   He was a mechanic for 50 plus years, He worked for the George County Sheriff’s Department in the 70’s and also worked as a mechanic for the next 50 years, even owning his own Garage in Baytown TX. Billy was Baptist in belief and believed in helping others.

Memorial Service will be conducted Saturday, December 19, 2020 at 1:00 PM at Oakdale Funeral Home.

FAMILY REQUEST MASK TO BE WORN AND SOCIAL DISTANCING

To order memorial trees or send flowers to the family in memory of Billy Joe Higginbotham, SR, please visit our flower store.