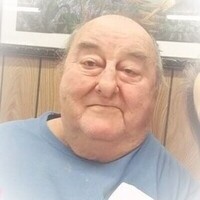 Billy Troyce Enlow, 83, of Paris, TN passed away on Tuesday, December 14, 2021 at his residence. Mr. Enlow was born on March 27, 1938 in Oxford, MS to the late James Wheeler Enlow and Mary Aletha Harland Enlow. He was a retired truck driver with Melton Trucking Company.

To order memorial trees or send flowers to the family in memory of Billy Troyce Enlow, please visit our flower store.