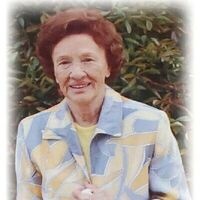 Betty Muriel King Bivens, age 95, departed this earthly life peacefully on December 28, 2020.  Betty was born on July 21, 1925 to Percy and Essie King in Perryville, Tennessee.  She graduated from Parsons High School. Betty was employed by DuPont de Nemours and Company in Nashville for several months making parachutes during World War 11. She also traveled to California to work for a short period of time. On Oct 31, 1945 she wed Edward "Dude" Bivens at Corinth, Mississippi.  Together they had one son, Randall Bivens.  Betty and Randall traveled with Dude for several years to where ever his job with the pipeline took them. During the 1960’s Betty worked with her brothers, Joe and Thomas, in Decaturville at King’s Furniture Store. In 1983, Betty opened Little Josh's Restaurant (named after her only grandchild, Josh) in Perryville and worked there cooking fish until the age of 84.

She was preceded in death by her parents, Percy and Essie Gurley King, her husband Edward "Dude" Bivens, her son, Randall Bivens, and two brothers, Thomas Rogers King and Joe Leonard King.

A memorial service will be held on Sunday, January 10, 2021 at Oakdale Funeral Home at 2:00 P.M. Visitation with the family will start at 1:00 P.M. until time for the service. The family request no food to be brought and to please wear mask.

To order memorial trees or send flowers to the family in memory of Betty Muriel Bivens, please visit our flower store.