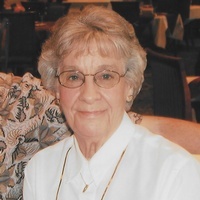 Ben A. Butterworth Morris, age 91, passed away November 15th at her home in Nashville surrounded by her loved ones.

The memorial service will be held on Tuesday, November 20th at 2:00 pm at Calvary United Methodist Church, 3701 Hillsboro Pike, Nashville, Tennessee.  The family will greet friends between 1:00 – 2:00 pm.  (Services will be held in the chapel or main sanctuary pending confirmation).

She was born in Bruceton, Tennessee on December 6, 1926 to the late Ben and Beulah Arnold and grew up in Camden.   While attending Murray State University she met her husband, Joe Butterworth.  They returned to her hometown to set up a medical practice and raise their four children.  There she was actively involved in many community organizations and First United Methodist Church. She was also a successful business owner of The Gettin’ Place and The Train Station.

After life changes, her adventurous spirit took her to Houston, Texas to start a new career where she met and married John Morris. Following the sale of their business they moved to Nashville to enjoy their retirement with family and friends.

She was a devoted wife, mother, grandmother, and great grandmother and nourished those around her with love, faith and joy.

The family asks in lieu of flowers, expressions of sympathy may be made through a donation to the American Cancer Society.

To order memorial trees or send flowers to the family in memory of Ben A. Butterworth Morris, please visit our flower store.