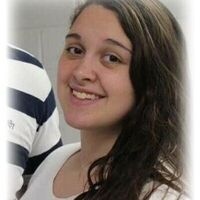 Ariel Sorai McGee, age 24 of Camden, TN passed away on June 12, 2020. Ariel was born on February 16, 1996 in McKenzie, TN. She was a cashier at Loves Truck Stop and attended First United Pentecostal Church in Camden, TN.

Funeral Services will be held on Tuesday, June 16, 2020 at 11 am at First United Pentecostal Church in Camden, TN with Bro. Marty Johnson officiating. Burial will follow in the Hebron Cemetery in Carroll County.

To order memorial trees or send flowers to the family in memory of Ariel Sorai McGee, please visit our flower store.