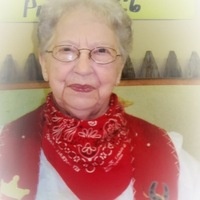 Anna Frances Armstrong Case, 92, of Gibson City, IL passed away on Wednesday, May 18, 2022 at Jackson General Hospital. Mrs. Case was born on October 1, 1929 in Cumberland, Maryland to the late Charles Davis and Olive Piper Davis. She was also preceded in death by her husband Buck Case, son Pat Armstrong, Nine Siblings, granddaughter Patty Armstrong, grandson Chad Malsberry and a great granddaughter Kalli King. Mrs. Case was retired from Caradco Windows & Doors and was a member of First Baptist Church in Gibson City, Illinois.

To order memorial trees or send flowers to the family in memory of Anna Frances Case, please visit our flower store.