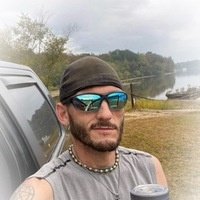 Adam Lewis Siegel age, 37 of Camden, TN passed away on Thursday, September 2, 2021 at Horizon Medical Center in Dickson, TN. Mr. Siegel was born on June 13, 1984 in Lake Forrest, IL. He was a Marine Tech with Water Works.

Anyone wishing to send expressions of sympathy are welcome to send through flowers and/or a donation to The Adam Siegel Memorial Fund.  The Memorial Fund has been set up at Carroll Bank, P.O. Box 1029, Camden, TN. 38320.

To order memorial trees or send flowers to the family in memory of Adam Lewis Siegel, please visit our flower store.