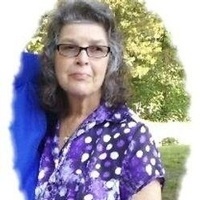 Mrs. Mary Virginia Hall, age 64 of Parsons, TN passed away Monday, August 13, 2018 at Jackson Madison County Hospital. Mrs. Hall was born February 15, 1954 to the late Edward Franklin Henry and Margaret Louise Williams Henry in Nashville, TN. She was also preceded in death by one brother: Thomas Henry and one sister: Molly Tidwell. She was an employee of Decatur County Healthcare & Rehab for 30 years and was a member of Amazing Grace Ministries Church.

Funeral Services will be conducted Saturday, August 18, 2018 at 1:00 PM in the Chapel of Amazing Grace Ministries in Parsons, TN with Bro. Chris Warren officiating. Interment will follow at Parsons Memorial Gardens.

Visitation with the Hall family will be held Friday, August 17, 2018 at Amazing Grace Ministries Church from 4:00 PM until service on Saturday at 1:00 PM.
To order memorial trees or send flowers to the family in memory of Mary Virginia Hall, please visit our flower store.